SOME OF MY FAVORITE GUCCI MANE SONGS

So I thought I would hit y’all with another list today since my other lists seem to be popular and doing well. Today I’m going to cover the great Gucci Mane. Guwop has been a staple in the rap game since the mid-2000s; he is one of the most prolific artists of the 2000s having released so many solo or collaborative projects it’s tough to keep count. It seems like we can’t go more than 6 months without a new Gucci Mane project. This is obviously not a bad thing, though, because the Gucci Man’s music is iconic. He is one of the founders and most important artists in the Atlanta trap sound. Gucci Mane has molded what hip hop from Atlanta sounds like for the last 15 years, while still being able to adapt to any current trend. You would not be crazy to say he is the most important trap artist; there really wouldn’t be trap music without him. Without further ado, here are some of my favorite Gucci Mane songs. Reminder, these are not in any particular order; this is just how I listed them. I obviously have more favorites, but I feel like this is a solid list.

The first track I’m covering today is ‘Bricks,’ the high key iconic track off of the high key iconic 2009 album The State vs Radric Davis. The moment this song starts, it is pretty obvious which super important trap producer made this instrumental. It has a creepy and hard synth piano-driven melody that is very like a lot of other songs made by Zaytoven. This might be my all-time favorite Gucci Mane song is it weren’t for the dumbass OJ verse; I have never been a big fan of his. This song is so hard-hitting and ghetto in the best way. This bar from Yo Gotti explains what this song is about better than I can.

Tony Montana! All I have in this world is my thirty round chopper and my white girl…

This 2007 track is essential for any list of classic trap songs or best Gucci Mane songs. It is probably one of the first really popular trap hits that follows the sound and formula that is still popular today. When I hear ‘I Might Be,’ it’s crazy to know that it came over 12 years ago; it sounds like something you would have heard on the radio in 2017. This track is one of the songs that helped shaped what trap music is today. It is also iconic for the fact Gucci Mane quoted it during a hearing once. When asked if he was guilty by the judge, the Gucci man replied with “Bitch, I might be!” I love this first line from the first verse:

East Atlanta slum, man, is where I come from. Pass that bubble thrax and put this bean on your tongue. Now everything was gravy ’til your bitch walked in. About the same tint that that thang kicked in…

Oh hey, that’s crazy! It’s another song from The State vs. Radric Davis. Literally half of these songs are from this awesome record. This cut has that classic violin driven party trap instrumental that was popular at this time. It is a little more upbeat than most of his other music. Plies delivers a great second verse on this song. His weird, high voice and energy meshes so well with the smooth and gruff sound of Guwop. This song is about exactly what you think it is. This is such an iconic Gucci Mane hook:

‘Kush Is My Cologne’ is the third song on this list from The State vs. Radric Davis. I hope y’all understand how great I think this record is now. This track has about as standard of a trap instrumental as I can think of; the melody is very dreary and sounds like a synth violin, and it has a very typical trap beat. The main reason this song is so great is because of the three phenomenal guest verses from 3 rap legends. Gucci brought together a totally random group of great rappers and they created a masterpiece. I bet you can guess what the sentiment of this song is…

Kush isn’t cologne, gone off of that stupid strong… 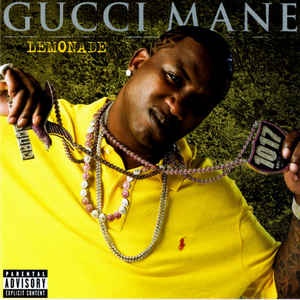 This is obviously an all time Gucci Mane classic. I would hope most big Gucci Mane fans have this is their favorites list; if you don’t you are wrong. “Lemonade” is the first true pop-trap banger. Most trap music made before this, whether it was by T.I. or Gucci Mane or other Atlanta rappers from the mid 2000s, was very gangsta and tough. It wasn’t meant for the radio or clubs. But Gucci Mane knew he had to cross that threshold to push hip hop to the top. ‘Lemonade’s’ melody is just sweet and poppy enough to be huge on the radio, and ghetto enough to be a street anthem. I still probably know every word to this song. It easily has one of Gucci Mane’s most catchy hooks: 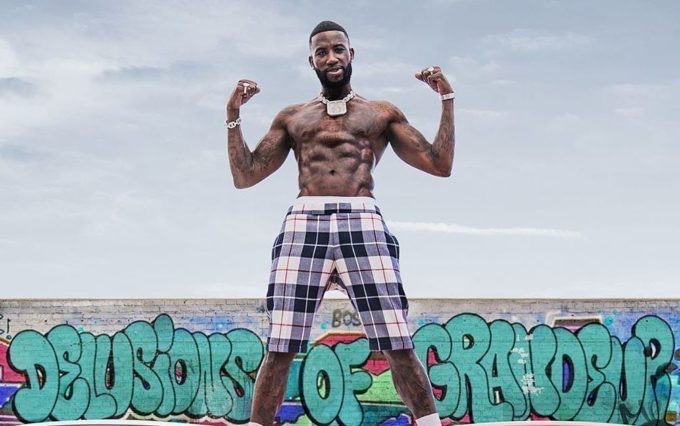 I wanted to make sure I added one newer song to this list. Guwop still makes great music even after so many years and mistakes. ‘Proud of U’ was the lead single off of Gucci Mane’s 2019 album Delusions of Grandeur. It was produced by my favorite new producer, Kenny Beats. Honestly, the production is what makes this song so great. The strange distorted and heavy trap instrumental brings out this amount of energy and hype I have really seen in a while from the Gucci man. It’s a very fresh song. This song is about Gucci Mane giving himself praise for making it to this point. Guwop states all the reasons he’s proud of himself on this cut…

I had the county blues, now every day I’m counting blues. No lean in mountain dews, Guwop I’m so proud of you!

‘Icy’ is probably the first Gucci Mane song I got into. This trap classic came out way back in 2004. Because it precedes the era of modern trap and Gucci hadn’t really started making that kind of music yet, this is the least trap sounding song of the record. The reason I love it, though, because of the crazy sick verses from Jeezy and Gucci. Their chemistry was so palpable and their talent was undeniable even way back in 2004. This bar from Gucci Mane’s verse is one of my all time favorites of his:

My pockets so heavy that I can’t walk steady. N****as copping ice we done done it already. Got a gold grill and it ain’t from Eddy. I ride big Chevys because a n****a ain’t petty….