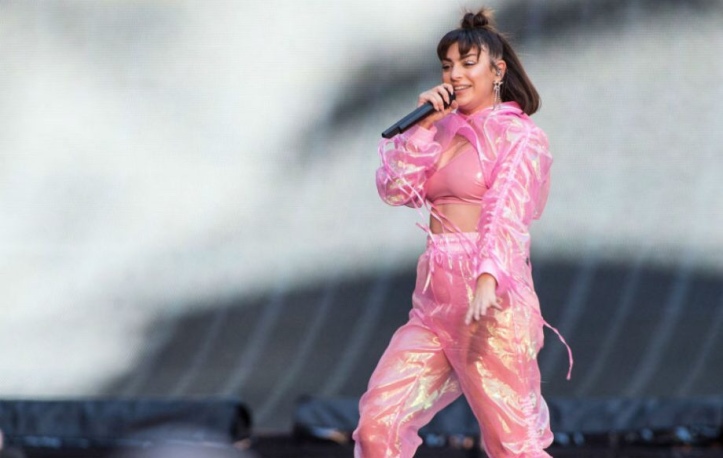 In 2043, a litter of Charli XCX clones was looking back through a catalog of pop music trying to figure out which era is the second best(they assumed their era is the best). They noticed how bland and formulaic pop music had gotten in the early 2010s, and went to President Charli XCX to ask if one of them could go back in time and fix it. President Charli, wanting every era of music to have dance friendly futuristic fun pop music, obviously approved of this request, sending Charli clone 42069 back in time to save pop music. She landed in 2013 and saw it was worse than she thought. She knew she had to make a formulaic pop song of her own to get to the top of the charts and get a following, so she dropped “Boom, Clap” and immediately rose to superstardom because she makes everything great.

Ok I’m done, but Charli really does feel like a Spice Girl from the future. I have been following Charli since I first heard that Icona Pop song “I Love It” that she wrote and sings on. I loved the energy of that song and still do. Soon after this, Charli had her break out hit, “Boom Clap,” which is in the movie The Fault in Our Stars. Boom Clap was an international hit, as well as the movie. Around the same time, Charli and Iggy Azalea released “Fancy,” which was also an international hit. Charli’s next big song was the timeless classic “Break the Rules.” This track contains one of my favorite lines in any song: “I don’t want to go to school, I just want to break the rules.” I think this is the most relatable lyric I have ever heard. In 2015, Charli started collaborating with experimental EDM collective PC Music, and that’s when her she started to become a futuristic Spice Girl. 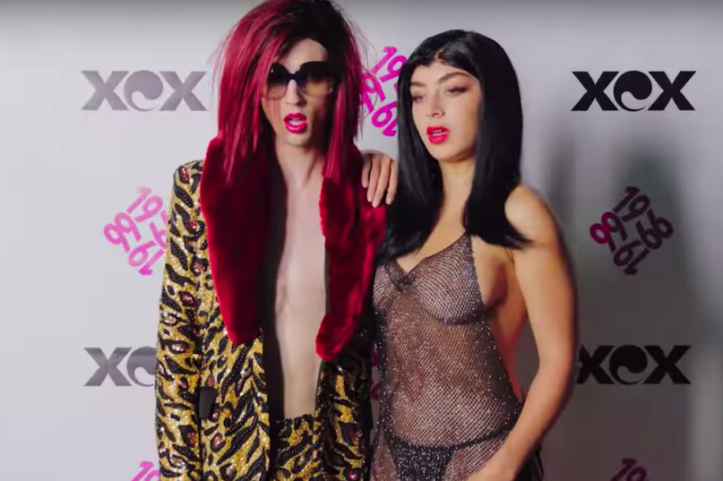 When Charli started working with PC Music, her sound completely shifted. For the most part, her solo music to this point had been a sort of gothic pop. It is almost like when PC Music came along, Charli’s attitude changed. For the most part she dropped the gothic and dark demeanor for a super eccentric, positive, and bubble gummy vibe. She just looks happier. Her first EP with a collaboration from PC Music is Vroom Vroom. This EP was regarded by many music critics as the best one of 2016. It is very experimental, with the insanity of PC Music heavily influencing everything about this EP. The title track of this project is the highlight. It features Charli rapping and singing in weird high pitches, and the instrumental sounds like a trap banger from hell in the future. It’s pretty crazy in the best way. The next two EP’s from Charli, Number 1 Angel and Pop 2, are just as avant-garde as Vroom Vroom. These releases both see Charli continuing in the strange electronic direction, but both are more glossy and sparkly than Vroom Vroom. I believe with these two releases, Charli figured out who she was really trying to be as an artist, and the futuristic Spice Girl was born out of them. Both of these EP’s are great, and feature quite a few of my favorite Charli songs to date. “3AM,” off of Number 1 Angel is a glittery electro-pop track featuring MO where Charli sings about not falling for some guys crap anymore. It is uplifting and fun. A song I love on Pop 2 is “Backseat”, featuring Queen Carly Rae Jepsen. This one is a little slower, featuring a weird slow trance beat with Charli putting weird and cool vocal affects over the track. It’s more of a chill song compared to what Charli usually makes and is a nice change of pace. After these EP’s, Charli dropped one of her biggest singles to date, the iconic “Boys.” This song shares a sentiment I’m sure all girls have; Charli sings about being sorry for being late or not responding because she was thinking about boys. What can she do? She was pre-occupied. The electro pop instrumental is glittery as always, and has a catchy slot machine sounding bell in the refrain after she says “Boys” that is so infectious and gets stuck in your brain. Charli directed the music video for this track, which features probably a hundred male celebrities doing funny and feminine things. It’s a really great video. 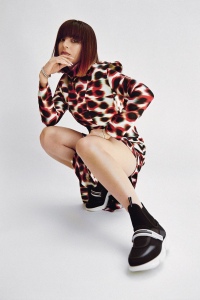 In 2018, Charli continued to morph into the futuristic Spice Girl she was meant to be. The first tracks she released are “Focus” and “No Angel.” Both of these tracks keep the weird bubbly electro pop vibe Charli has continued to produce. I really love “No Angel.” Charli sings about how she was always a problem child on this cut, and is apologizing to a boy she likes for hooking up with someone else. This track has a fun and smooth squeaky beat, and I love blasting it in the car. A couple months later, Charli dropped “Girls Night Out.” This one sounds like it came straight out of the 90’s, almost like a cross between the Vengaboys and Spice Girls. Of course, it includes some weird futuristic elements as well. To finish out 2018, the pop queen dropped her collaboration with Troye Savan, “1999.” Charli and Troye croon that they want to go back to the 90’s, singing about their favorite 90’s moments. This music video consists of Charli and Troye acting out commercials, music videos, and movie scenes highlighting the 90’s, from the Titanic to Sketchers shoes commercials to the N’Sync video for “Bye Bye Bye”(Troye kills the Justin impersonation in this part). It is very tongue in cheek and funny! This year, Charli has continued to drop great music, so far releasing the Lizzo backed “Blame It On Your Love” and “Spicy,” with Diplo providing the instrumental for this one. Spicy is a fun remix of the iconic Spice Girls hit “Wannabe,” so Charli is right on on brand with this one. I’m excited to see the music video; I’m sure it will be great. I am so pumped to see all of what Charli has planned for the future. She’s supposed to drop a full length album later this year, and I know it will be full of bangers. I’m sure she will tide us over with great features of random singles until this record comes out, so we don’t have to wait on more greatness for too long.

Charli XCX truly is a Spice Girl from the future. Her whole aesthetic is so glittery, rebellious, and fun, much like the Spice Girls were themselves. She wants to push boundaries with her music, and not just be another typical pop artist. She is innovating pop music right now, experimenting with all sorts of sounds, and she is nailing it every single time. When it’s all said and done, I really do believe Charli will be as big as the Spice Girls were, which she completely deserves. I’m glad I’m living in this time period and get to witness the growth of this icon. To check out her music, listen to her Spotify page linked below!