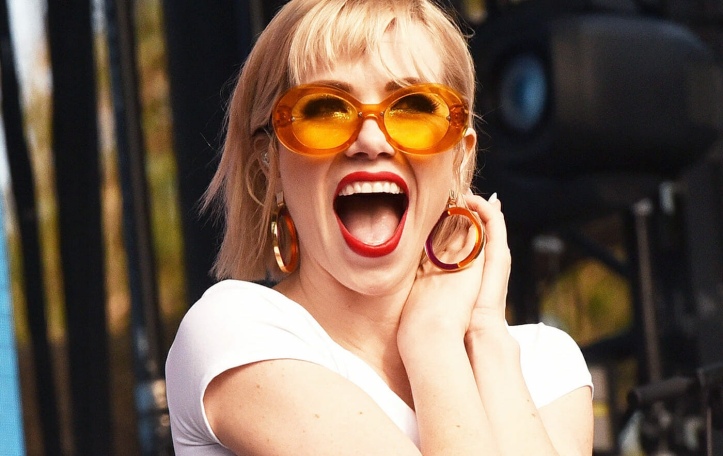 I understand why Carly Rae Jepsen has kind of gotten the cold shoulder from a lot of music listeners since she first broke out with “Call me Maybe” back in 2012. This song, albeit catchy and great, really embodies what a perfect one hit wonder looks like; it is super cheesy and simple with a super repetitive structure that gets stuck in your head. Carly gained a little traction from her subsequent single from t “This Kiss,” butcher popularity kind of fell to the wayside briefly after this song. Her single from the record “Emotion,” which came out in 2015, gained some notoriety with a star studded music video, including Justin Bieber and Tom Hanks, but this track did not do much for the success of this album, and the only people who really got into “Emotion” were big pop music fans like me and the army of CRJ stans. Unfortunately for mainstream listeners, “Emotion” is when Carly truly hit her stride. This album has such a great retro pop element, bringing me back to the glittery pop and new wave of the 80’s. Lyrically Carly excels on this record also, writing each song like a love letter to a (sometimes long lost) significant other. “Emotion” capture the essence of everything a great pop record should be; it’s simple and fun lyrics get the listener reminiscing about their lost loves, while every instrumental is so glitzy and fun, causing anyone to dance. There are so many songs I would recommend off this record. “Warm Blood,” one of my favorites, has this dope new wave-esque warm and sort of low key synth pop instrumental, with Carly belting away about someone who just keeps her excited at all times. “Making the Most of the Night” is another great song on this record. This track features an instrumental that reminds me of something from the early 80’s or even late disco pop era, and Carly sings about a friend (or lover) who has been down on their luck lately, and she will be the one to help them feel better again, because they are very close and she knows what cheers him up. The third song I would recommend from this record is the title track, “Emotion,” which is a modern dance pop song with Carly singing to an ex about how she hopes seeing her happy makes him emotional. “Emotion” really is a masterpiece and one of my favorite pop albums of recent years, and anyone who loves up beat and dancey music should listen to it. Queen CRJ recently released another pop banger album, called “Dedicated.” The lead single of this record, “Party for One,” which is comically about masturbating to feel better about a recent break up, gained a little traction when it came out, but wasn’t nearly as big as her early work. This song keeps that’s 80s glam pop vibe, while working in a modern edm sound. One of my favorites on the record is “Feels like Love,” which feature Electric Guest And has a very warm soul pop kind of vibe, similar to Meyers Hawthorne or Andy Grammar. My personal favorite on this record is “Want You in my Room.” This song has such an 80’s vibe. The drums in the beginning sound like the start of an early 80’s warm pop ballad. This dong better go viral this summer because it is great. Overall, “Dedicated” is one of my favorite albums of the year so far!! It keeps Carly’s retro sound and doesn’t veer very far into the mainstream. I really hope this article makes you reconsider listening the Queen Carly Rae, because I promise she is so good and her music will lift your mood. Check her out in her Spotify link below!